Saints Roque, Blaise, Dominic and Nicholas of Tolentino interceding for the plague stricken

The painting Saints Roque, Blaise, Dominic and Nicholas of Tolentino interceding for the plague stricken was executed by Mattia Preti (1613-1699) in 1676 when Malta was ravaged by an outbreak of the plague. Measuring almost four metres high and two metres wide, this painting is one of seven works of art by the Baroque artist to adorn the Parish Church of Saint Catherine of Alexandria in Żurrieq. This is not the only painting by Preti to highlight this subject. During the same period (1676-1678) Preti executed the monumental altar piece at Sarria Church in Floriana together with another four paintings portraying saints associated with the plague. 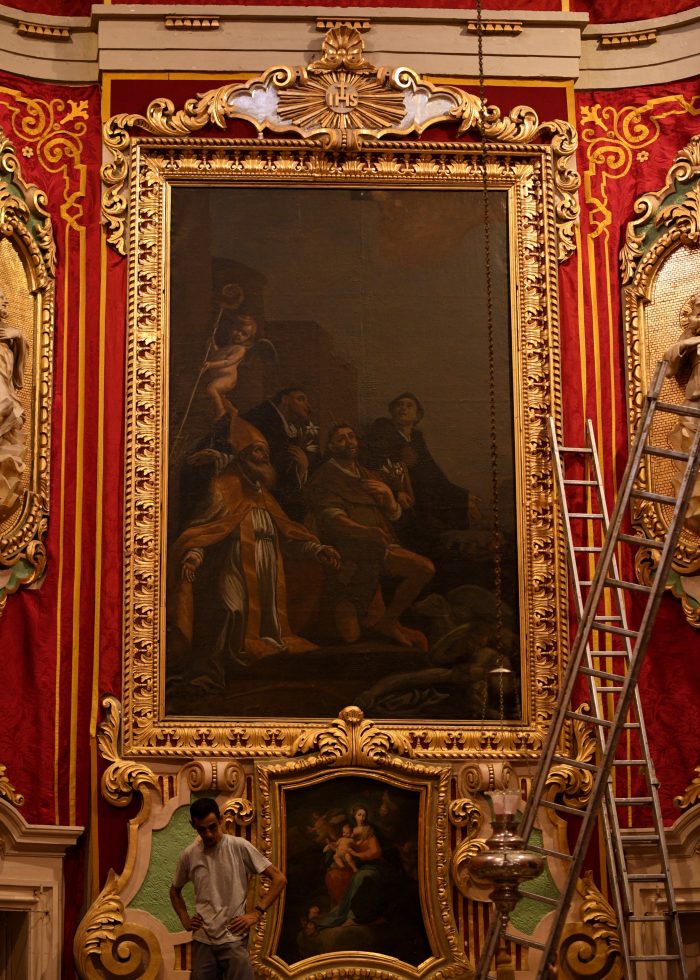 Several interventions were carried out on the painting throughout the years. Upon examining it, the team of conservators which is currently working on the painting, found it to be heavily abraded and extensively overpainted to such an extent that, in some areas, the hand of Mattia Preti has been concealed. The current restoration and conservation process, which is being supported by the Malta Airport Foundation, will entail the removal of discoloured varnish and layers of overpaint, including excessive highlights, to better reveal Preti’s original work of art and artistic techniques. 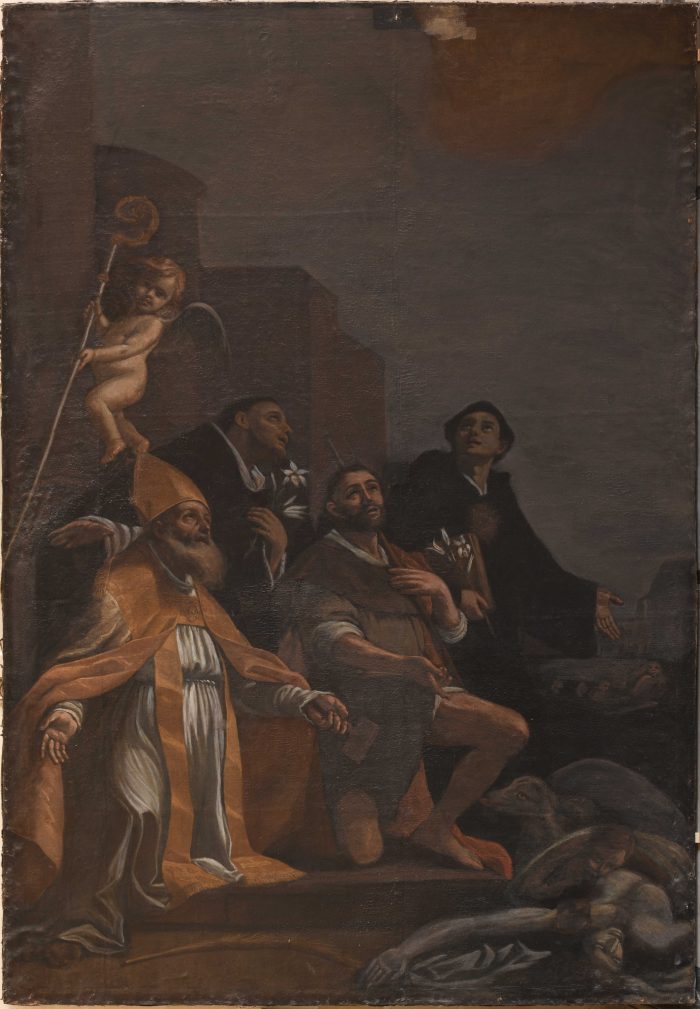 As part of the conservation and restoration project, the painting has been dismantled from its frame to allow for the equally important treatment of the verso in order to provide sufficient stability to the canvas support.  Another important part of this process is the written and photographic documentation of the painting manufacturing technique, state of conservation, and past interventions, with the aim to leave as much textual and visual information as possible to future conservators and researchers.

You may watch our project launch video below.